It really is time to cut loose if you’re a FOOTLOOSE fan. The West End is coming to Derry in just over one weeks time and tickets are flying out the door.

If you haven’t yet booked your ticket to the hottest show of the season, then you’d better be quick as the Millennium Forum has just announced that the smash hit musical, FOOTLOOSE has now only limited availability for its week-long run at the end of May. In fact, the North West’s premier arts venue can confirm that the Opening Night performance on Tues 31st May is now almost sold out!
The West End touring production opens at the Millennium Forum on Tuesday 31st May and the Box Office team at the Forum has been inundated with bookings.
Box Office Manager, Lisa Heaney, encourages everyone who hasn’t yet booked, to do so soon.  She said:
“Footloose the Musical is the smash hit musical based on the hit 80s movie and we are really looking forward to hosting this high energy show once again which is always a favourite with local audiences. As well as the Opening Night performance being close to sell-out, we also have limited tickets available for the Saturday evening performance, so I would strongly recommend that people who haven’t yet booked their seat, to do so very soon.” 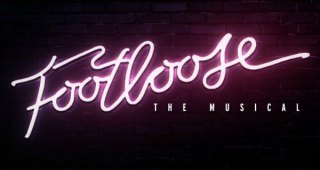 Based on the 1984 screen sensation starring Kevin Bacon, Footloose: The Musical tells the story of city boy Ren, who has to move to a rural backwater in America where dancing is banned. All hell breaks out as Ren breaks loose and soon has the whole town up on its feet. Featuring classic 80s hits includingHolding Out for a Hero, Almost Paradise, Let’s Hear it for the Boy and the unforgettable title track,Footloose: The Musical is set to take the world by storm once again in this brand new production, bursting with youthful spirit, dazzling dance and electrifying music.
Starring Maureen Noland and Lee Brennan, Footloose the Musical is proudly supported by the Derry News, Media Partner.
Footloose: The Musical performs at the Millennium Forum from Tues 31st May to Sat 4th June.  Tickets are now available from the Box Office. Telephone 71 264455 or visit www.millenniumforum.co.uk for bookings.
GMcC