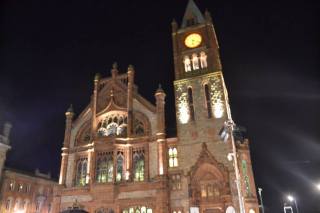 For almost 20 years now I have been venturing into Derry City on Halloween night. All those years ago it was a family outing; the kids, Mum and Dad and usually Grandad. But as the years go on, the kids want to do their own thing (not kids anymore), and Grandad doesn’t like the fireworks now in later life. However, Mum and Dad never miss! Yes, I still look forward to that couple of hours with himself on Halloween night.
I’ve never been a huge fan of dressing up or even Halloween in general, but the explosion that erupts in Derry on this night each year, is one I just have to be a part of.
Living in the border village of Muff has so many advantages as a whole, not least that one can just pop into this amazing city at times like this. 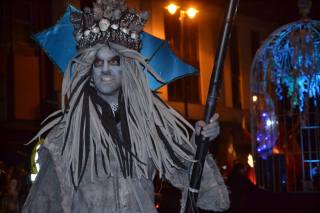 Derry was recently voted the best city in the world to spend Halloween in. This is long overdue. People come from far and wide to spend the occasion amongst the Derry folk. Last night surpassed all other Halloween nights. 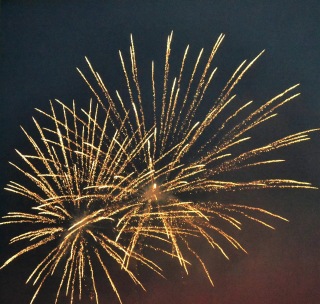 Although there have been an amazing array of events in the city over the past week, last night was as always the culmination of the great Halloween spectacle. Crowds filled the Derry streets, ghosts and ghouls were everywhere. Witches flew in on their broomsticks, and monsters came alive. The streets of this amazing city were awash with colour and character. At approximately 7pm the ‘Rise of the River Gods’ Street carnival got underway. To say it was spectacular would be an understatment. Young and old alike lined the city streets to watch the amazing carnival as it travelled the city centre roads. It showcased all that a carnival should be and more.
It was then time to pop for a quick coffee to Café Soul and then to the banks of the Foyle for yet another fireworks extravaganza.
Fireworks can just be the same year in, year out. Once you’ve seen one great display, you’ve seen them all. But in Derry, that’s not so! This was fireworks that even Sydney Harbour would be proud of. The show just went on.
Derry, you surpassed yourself once again. The title of ‘Best City in the World to spend Halloween’ is so very well deserved. This is a city which comes alive for Halloween. A city which is alive with culture at all times, and a city which I’m so very proud to be a part of.
(check out North West Culture Gal on fb for more photos from last night)